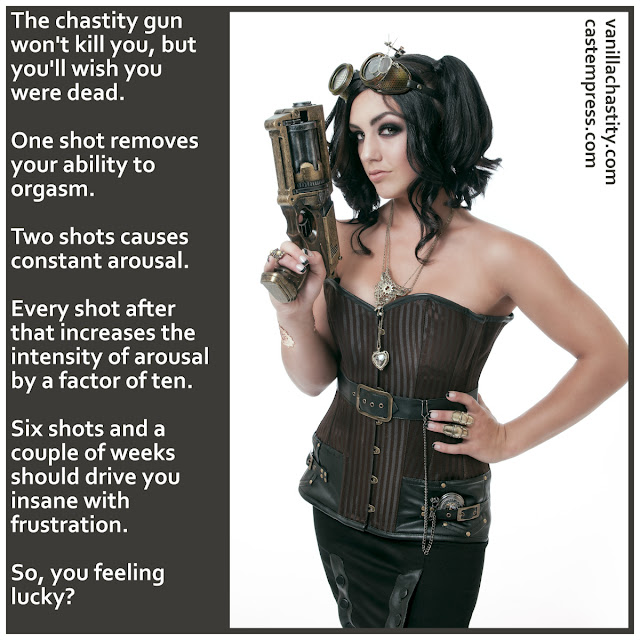 The chastity gun won't kill you, but you'll wish you were dead.

One shot removes your ability to orgasm.

Every shot after that increases the intensity of arousal by a factor of ten.

Six shots and a couple of weeks should drive you insane with frustration. 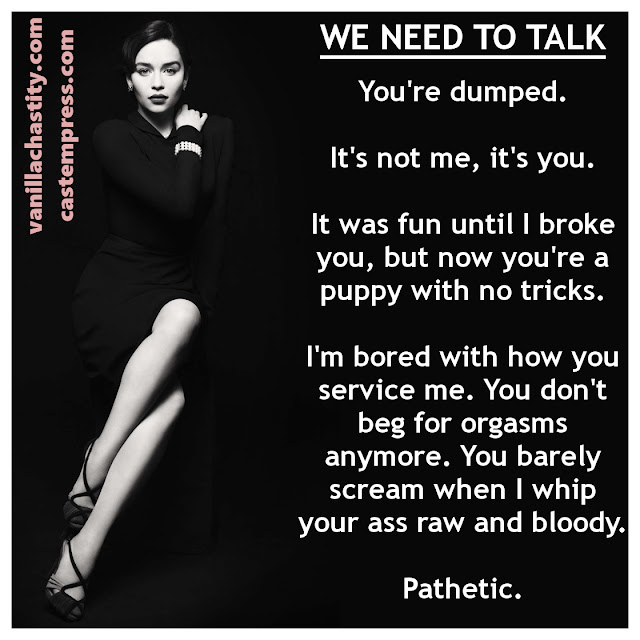 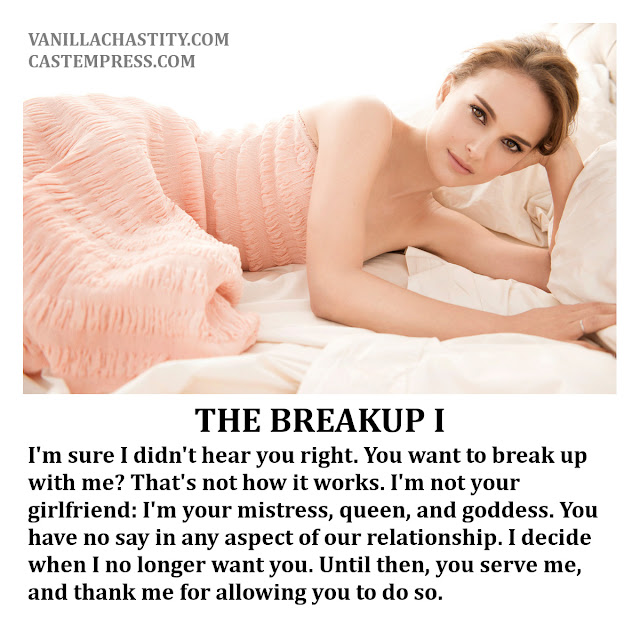